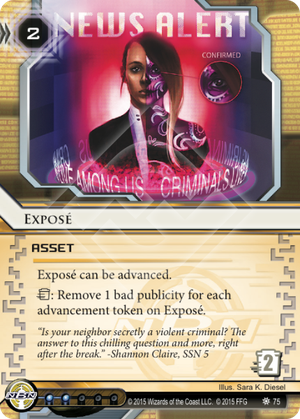 This blog was never intended to be anonymous. I just never happened to link to any of my personal profiles online, and I was always using my blog accounts rather than my personal accounts to advertise my writing on Reddit, Twitter and Stimhack – not to remain anonymous, but simply to have a consistent identity online.  However, I feel it’s time that changed. My name is Michael, my personal Twitter account is @manveruppd, which is the username I also use on the Stimhack Slack, on jinteki.net, and most places on the internet.

So, why am I revealing my meatspace name now? Did I win a major tournament and want to crow about it so my writing gains a bit of authority? Ha! Not a chance! This is what my tournament record would do to my credibility as a Netrunner analyst: 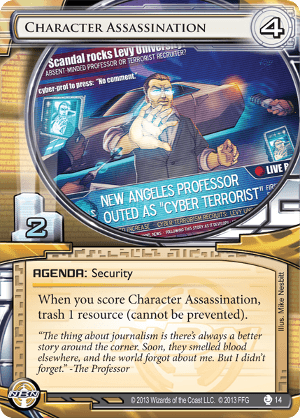 The reason, in fact, is a sad one. I haven’t written about this news on here, because I’m only just getting to the point where I can deal with it, although anyone who follows me on twitter could see me going through all seven stages on grief on there. But, in the three weeks since the announcement, other members of the community have already started organising and making plans to hold the community together, continue organised play, and keep expanding the game with new cards. They’ve called this organisation NISEI, and I think it’s our best chance to keep this game we all love alive, and the amazing community around it together.

I don’t know if I can help NISEI with their task in any meaningful way – I plan to let them know what my skills are and let them figure out if they can use me. But I do know that I’m no good to the community as a username and a #$#!! avatar. Without the established network of FFG’s organised play and local games stores keeping us together, we need to all make ourselves known so we can keep in touch with one another. We need to be vocal and visible online, so that people around us are aware that there are other players in their area, that there are events and meetups being organised, and that there are people to still play the game with.

So, on that note, hi! I’m Michael, I’ve been playing since 2014ish, having been introduced to the game by my friend Jason. It was the first “lifestyle” card game that ever really grabbed me (having tried MtG when I was young without it making much of an impression), and it managed to do that through a combination of its cyberpunk theme, its asymmetry, the freeform structure of its turns, and its lack of dude-bashing. I was particularly drawn to how physical the Netrunner playspace is, with the corp’s servers and ICE seeming to be mazes and hazards to navigate.

Shortly after I got into the game, I moved to Cyprus for 6 months, and was thankfully prescient enough to take my cards with me, because there I met Trypios, who was also learning at the time, and we spent a lot of time exploring the cardpool and building every netrunnerdb deck-of-the-week! After I moved back to the UK, I joined the local group in Leeds and started going to tournaments in the surrounding area.

Oh, and there’s another perk to my revealing my real identity! It means I can finally claim credit for the meme I shared on Facebook a few weeks ago, which I consider my greatest contribution to Netrunner:

And yes, that includes the several thousand words I’ve written on this blog about it – they are NOTHING compared to this, my Magnum Opus! I’m so proud of it that I fully intend to keep spamming it everywhere until it’s no longer even slightly funny. I’m gonna spam it like a Shaper spamming Magnum Opus, just like I spammed my Magnum Opus meme before that!

Created on cardcreator.grndl.net (with apologies to Team Four Star)

(I didn’t say I would stop spamming it just because I have a new toy to spam!)

Until the next time I make a terrible Netrunner meme, Always Be Running!